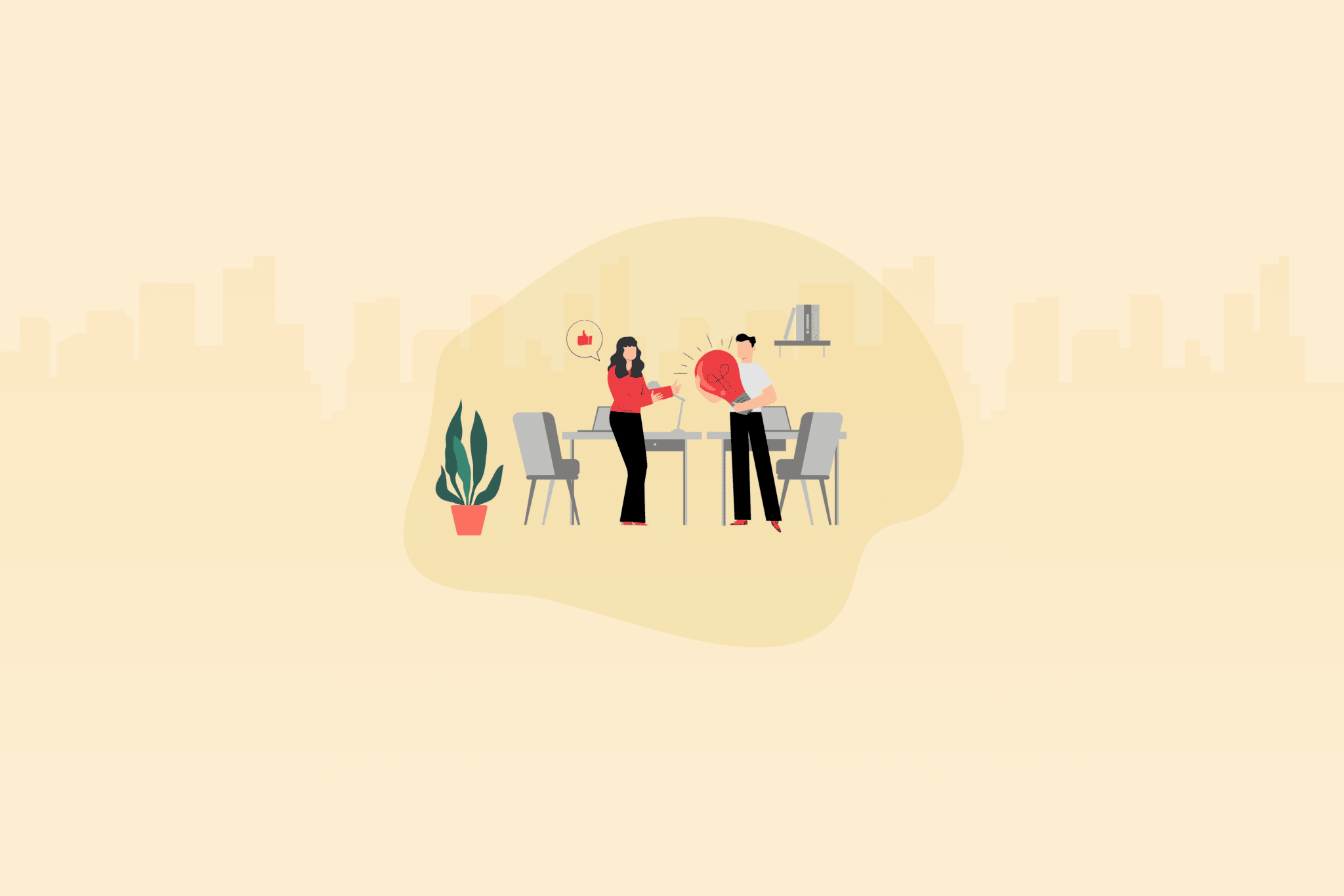 Recruiting the best people for the job doesn’t only depend on their qualifications, resumes, or experience.  They need to have the intellectual capacity to solve problems they encounter in their daily work.

But how do you test for this intellectual factor?

By using cognitive ability tests. These tests assess various aspects of a person’s ability to interpret information and solve different types of problems.

No longer do recruiters have to rely on resumes and interviews to determine if a candidate is a good fit. They can evaluate them and compare applicants using a standard measure of cognitive ability.

In this article, we uncover what cognitive ability tests are, what they evaluate, how they work, and why recruiters are using them to improve their hiring process and decision-making.

Is there a measure of intelligence?

The measuring of an individual’s intelligence is a modern development that started in the late 20th century.

But there are critics that believe that emphasizing the idea of a single factor for intelligence reduces the significants of other cognitive abilities. Today tests that evaluate cognitive ability use a multi-layered approach to evaluating intelligence.

The different aspects of cognitive intelligence

In contrast with Charles Spearman, Howard Gardner developed a theory that measured intelligence using multiple factors. He proposed that there were nine independent areas of intelligence. He conjected that individuals who were good in certain areas may not be capable in others. And proposed that intelligence should be divided into eight distinct cognitive abilities that are not related to each other.

The eight areas of cognitive intelligence:

Gardner’s model for intelligence is one model. But there is much debate amongst psychologists and scientists alike about just what defines intelligence. Many will agree that there is possibly more than one factor that determines the intelligence of individuals.

What is a cognitive ability test?

These tests evaluate a candidate’s ability to assess problems swiftly, analyze information, and solve problems in a limited time and can be subject-specific or focus on a general cognitive function.

By limiting the time required candidates are evaluated to see if they can work under pressure and think on their feet. This helps assess how individuals may function in the workplace when they are forced to make decisions quickly.

Testlify has several cognitive tests to help organizations evaluate candidates during the recruitment process. You can use these assessments to gauge an applicant’s skills in various areas to help shortlist the best talent faster. This process can be automated and can effectively save your organization time filtering applicants in a reliable and accurate way.

You could say that cognitive ability is a reliable indicator of general potential to perform in a vocational role. This can be a valuable insight for any organization looking for highly talented candidates for highly technical roles. Whether you are a small team or a hyper-growth company scaling large teams, talent assessments can be a powerful resource.

An IQ (Intelligence Quotient) test is a specific test that is used to gauge the general intelligence of an individual. IQ tests measure an individual’s ability to understand, analyze and solve problems. This is similar to how a cognitive ability test works.

The main difference between IQ tests and cognitive tests is in how an individual achieves an IQ score. Rather than using a score or mark, a person’s IQ is calculated as a ratio to the average individual for your age.

An IQ test is a type of cognitive test that is used as a general gauge of intelligence to establish the intellectual potential of individuals.

What does a cognitive ability test measure?

One of the key differentiating factors between regular testing and cognitive ability testing is that individuals are evaluated for how they think, and not on what they know about a specific subject.

Testify breaks down cognitive skills into several specific tests which include:

Problem-solving tests challenge candidates to identify the right answers to problems by limiting the time they have to solve them. View our Problem-Solving Tests.

These tests challenge candidates to find errors in both images and text to test their attention to detail. View our Attention to Detail Tests.

To test the ability to reason from words an individual needs to understand information, interpret it, and reach valid conclusions. View our Verbal reasoning Tests.

This test determines a candidate’s ability to interpret instructions accurately, including information that may be presented in written, visual, or oral form. View our Following Instructions Tests

These tests give an indicator of how able an individual is at various cognitive tasks and can be a good predictor of whether a candidate will be successful in their job.

By testing individuals, you can determine whether candidates are a good fit for both junior or senior roles by evaluating their ability to evaluate, think, and solve problems. This can offer recruiters a powerful way to identify candidates that have fewer qualifications or experience on paper, but more potential to excel if given a chance.

How is cognitive ability tested?

Testing cognitive ability is usually done using multiple-choice tests that have a strict limit. These tests are designed to test an individual’s ability to solve mathematical problems, various visual or written puzzles, or answer questions based on presented information.

The difficulty of questions is usually not particularly challenging, but time is limited which requires an individual to make decisions fast. Cognitive ability tests in general are not very long and can take anything from 10 to 30 minutes to complete.

Limiting the time of tests helps challenge individuals in a more pressured work situation where decisions need to be made quickly and solutions found on the fly. It’s for this reason that cognitive testing can accurately assess if a candidate has the ability to function in a workplace situation.

A cognitive ability test can either test for several different cognitive skills or can be designed to test only one specific aptitude per test as Testlify offers in its skill assessments for screening candidates. You can select from a variety of cognitive tests that best suit the skill set of a particular position in order to create highly specific assessments that focus on key skills required.

Why use cognitive ability tests when hiring?

Recruiting talented staff is challenging for any organization. Whether you a small business or a large corporate organization. And the biggest challenge is evaluating an applicant’s true potential to do the job they are applying for.

This is where pre-employment testing, like cognitive ability tests, can be a powerful tool for hiring candidates. It gives you and your organization the inside edge to understand your applicants at a deeper level, which was not possible before.

Here are some ways cognitive ability tests can shake up your recruitment experience and improve the chances of finding the best talent.

The one advantage of using cognitive tests is that it gives you a way to evaluate a candidate’s ability using a standardized tool. This can make it easier to compare the performance of individuals and shortlist candidates. It can be a great advantage when having to process large amounts of submissions or when recruiting scale.

Recruitement can be a daunting task which is why having pre-employment tests can greatly enhance how efficient you are at finding the best people. A skills assessment test can be integrated into your recruitment process and enhance your workflow. And with the insights, you will receive from the tests you will greatly improve your decision-making.

After testing candidates you will have insights into various aspects of their skills and aptitudes. This will offer you a better understanding of a candidate’s current abilities whether they have an impressive resume or not. This can help you find applicants that have the potential to grow and deliver the best performance for your company.

Cognitive ability tests save you time

All recruiters want to minimize the time and expenditure spent on finding and employing people. Using tests to evaluate individuals can dramatically reduce the time taken to screen, and shortlist candidates, allowing you to focus your time on key candidates. This means you can spend less time sorting through lists of candidates, and more time evaluating the candidates that matter.

Deeper insights into the people who want to work for your organization allow you to finetune your hiring of the most suitable candidates. Mis-hires can be costly to companies when they happen. But you can now use cognitive ability testing you can have a better predictor of employment success. More certainty can help you make hiring decisions with more confidence.

Every recruiter has their own bias, and this can have a negative influence on how you recruit people for your organization. In fact, limiting diversity in your workplace could actually be limiting the success of your organization as a whole. Cognitive tests can be configured to limit the information that could affect a recruiter’s bias. This means you can grow a more dynamic and diverse organization.

Not only does testing candidates improve your recruitment process, but it can have a positive effect on how individuals view your company. If you use a platform like Testlify to automate pre-employment you can dramatically improve how your brand is perceived. A positive recruitement experience can leave a lasting impression and improve your image among job-seekers.

How to use Cognitive Tests in Your Recruitment Process

Every job is different. It requires different skills and aptitudes. For this reason, you need to give careful consideration to what cognitive skills are most needed.

Assess the needs for each role

Is problem-solving a key skill, or does the position need mathematical skills? Assess each role you plan to test and structure a list of cognitive skills that is most appropriate for each position.

Create an assessment for each position

Once you know which cognitive tests you need to test for a role you can set up an assessment in Testlify and add the relevant tests. These cognitive tests can be selected side by side with other relevant skills from our library of tests.

Send out Invitations to Candidates

Now that you have set up your assessments you can send out invitations to all applicants at once. Now all you have to do is wait for candidates to complete tests. You will be able to see their progress and monitor their progress in real-time.

When all candidates have completed their tests, you will be presented with a score for each candidate. This will allow you to see their overall score or go deeper and view more specific data relating to each skill. You and your team will have immediate access to the results to select the best candidates.

Now that you have resumed, cognitive ability tests, and interview feedback you can now further shorten the list to the best candidates for the second round of interviews.

Making hiring decisions is tough, and it’s made tougher when you don’t have the information you need to make a good decision. With cognitive ability testing, you have a powerful way to extract important insights about applicants.

These insights can give you an inside edge into understanding a candidate’s strengths and skills, as well as give you a way to compare individuals.

This can dramatically improve your recruitment process and enhance your decision-making. Better decisions mean your organization hires better and reduces the risk of making costly hiring decisions.

It is simply the best and most cost-effective way to enhance your recruitment decision-making.

Signup and to take Testlify for a test drive, and see for yourself. 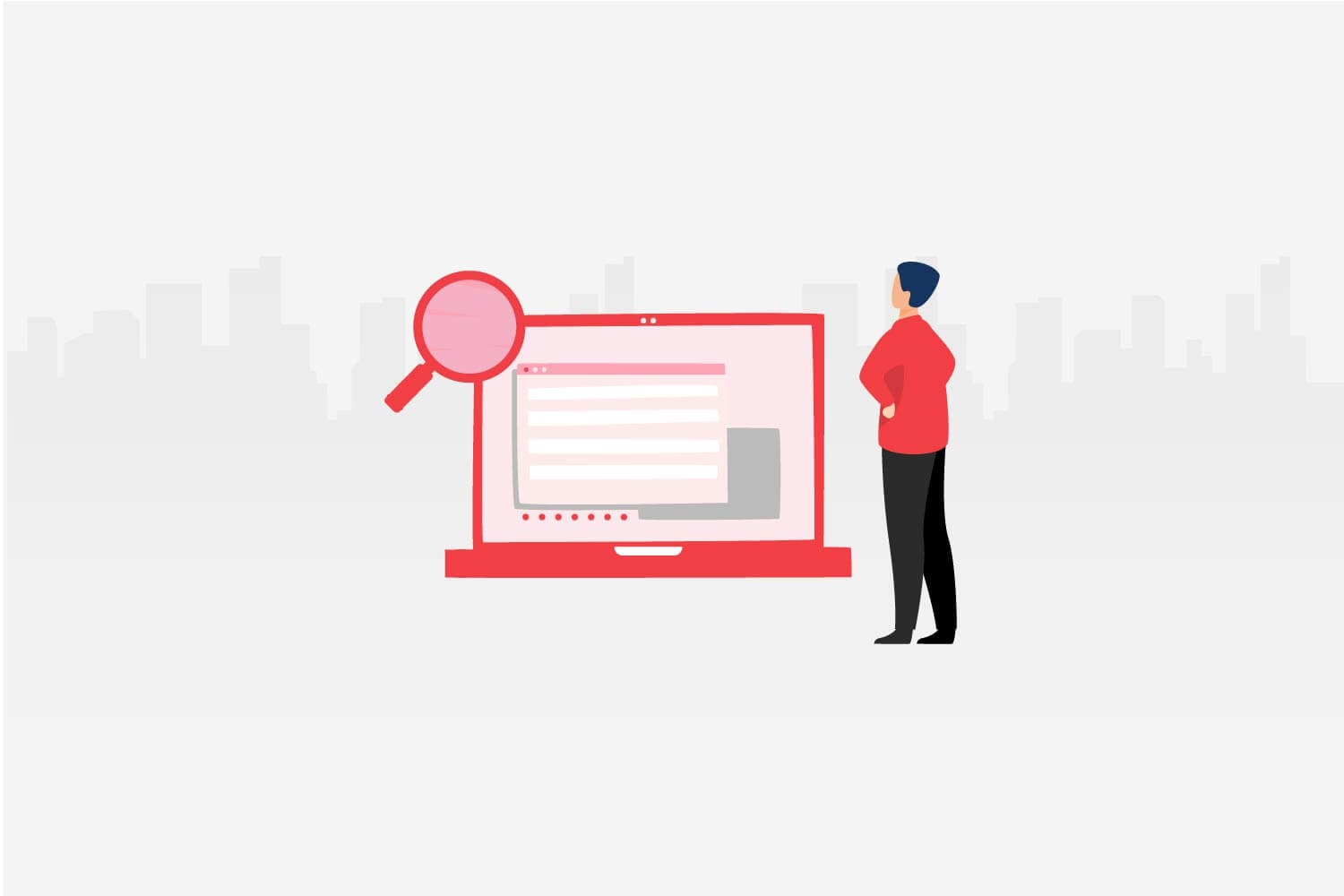 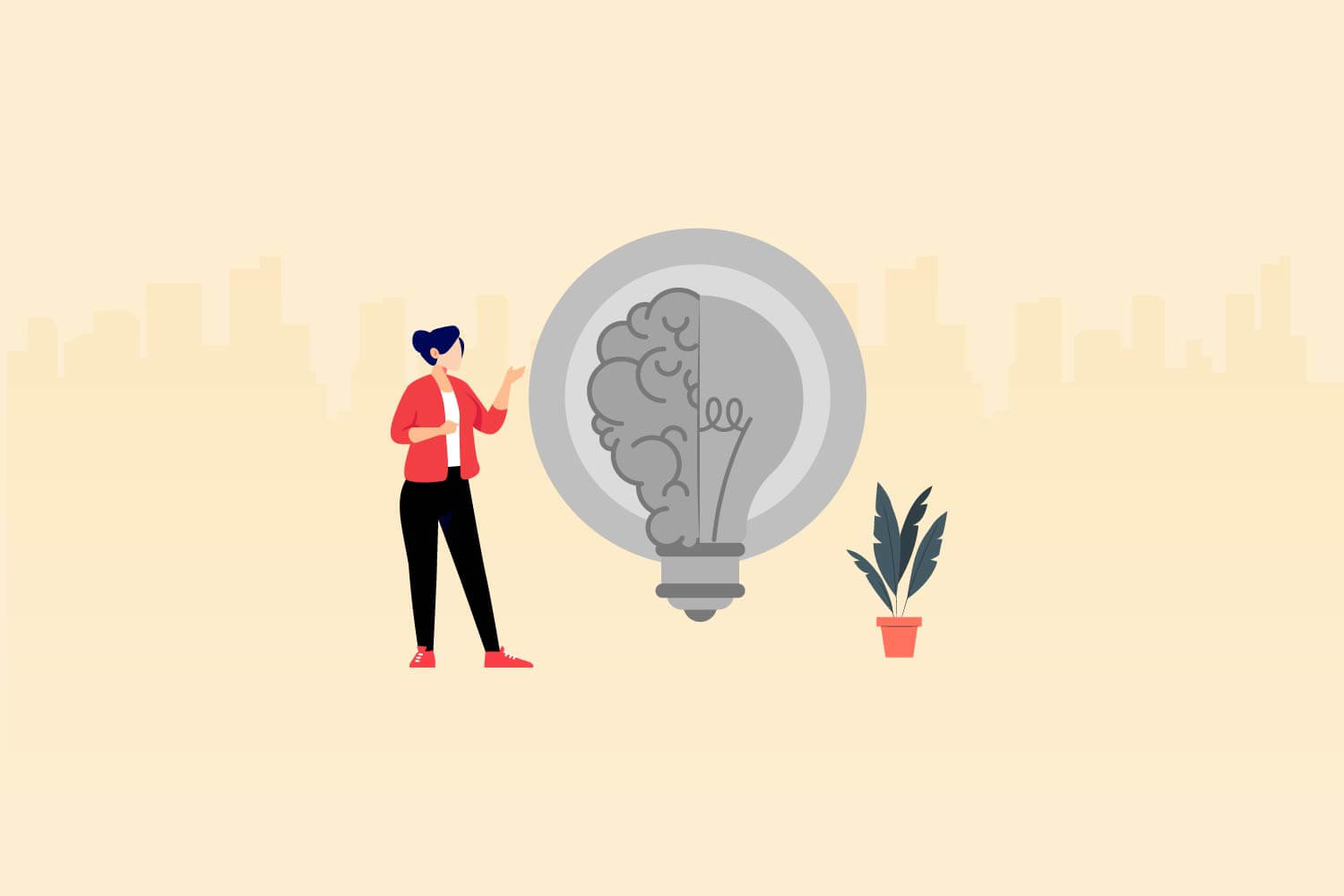 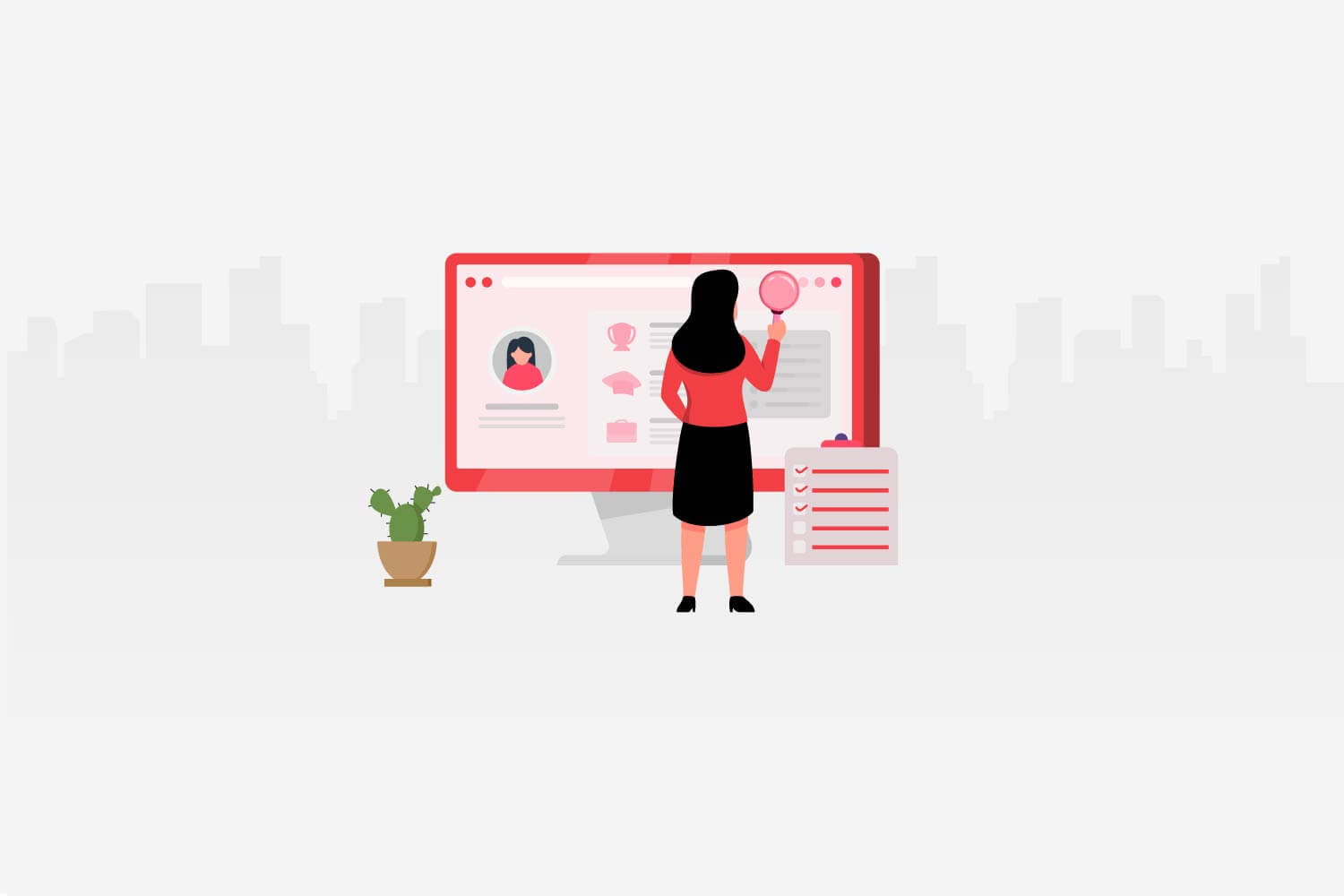 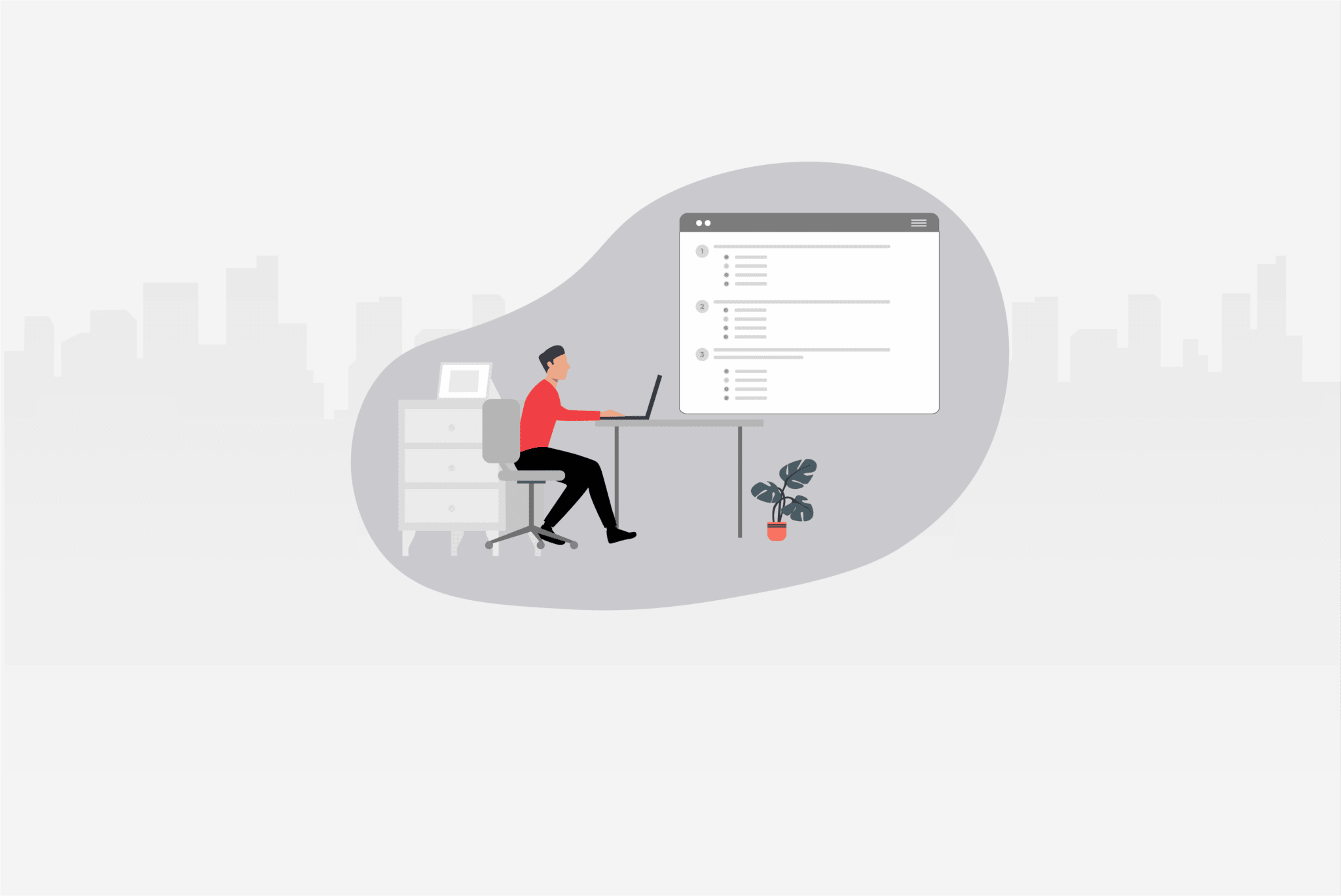 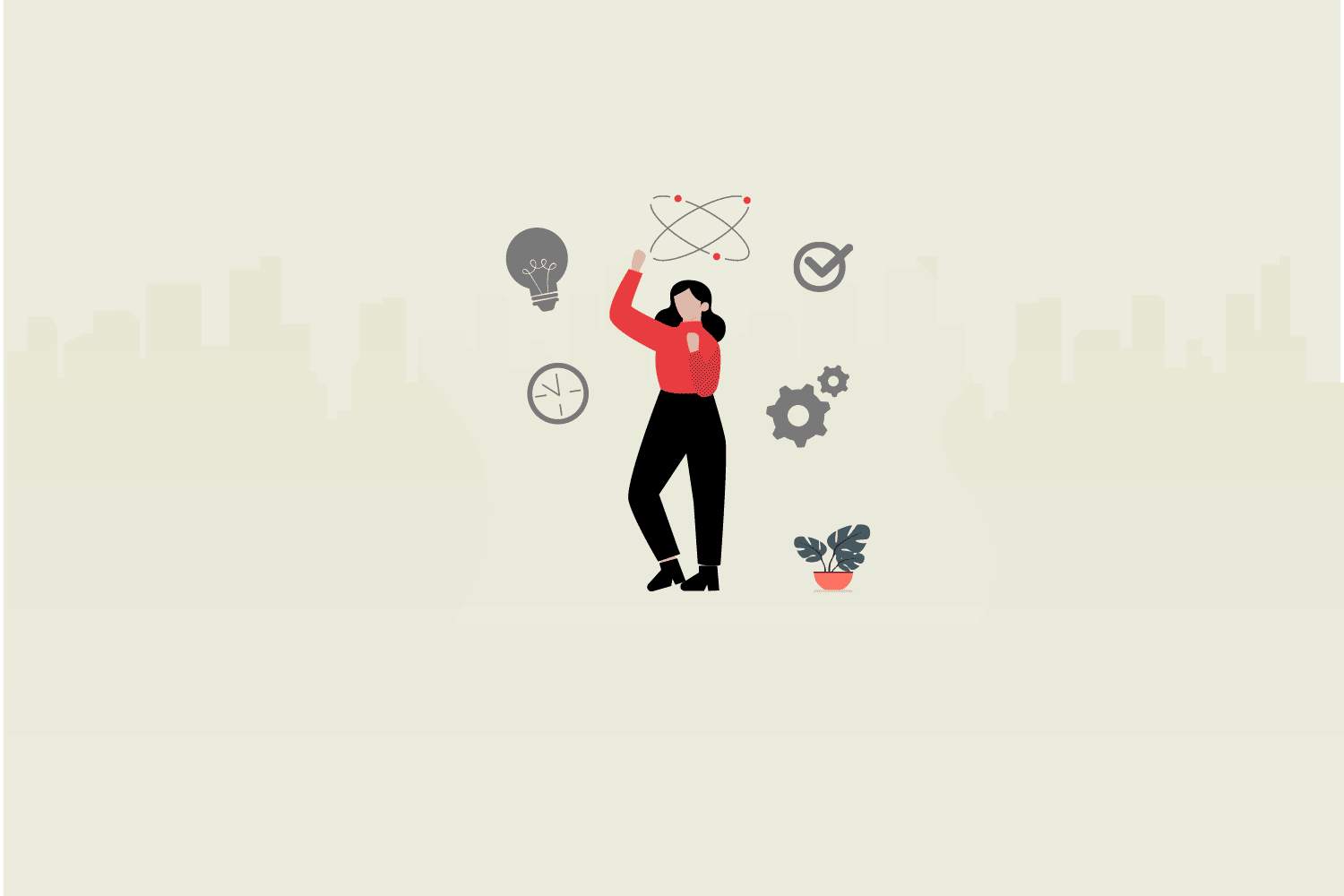 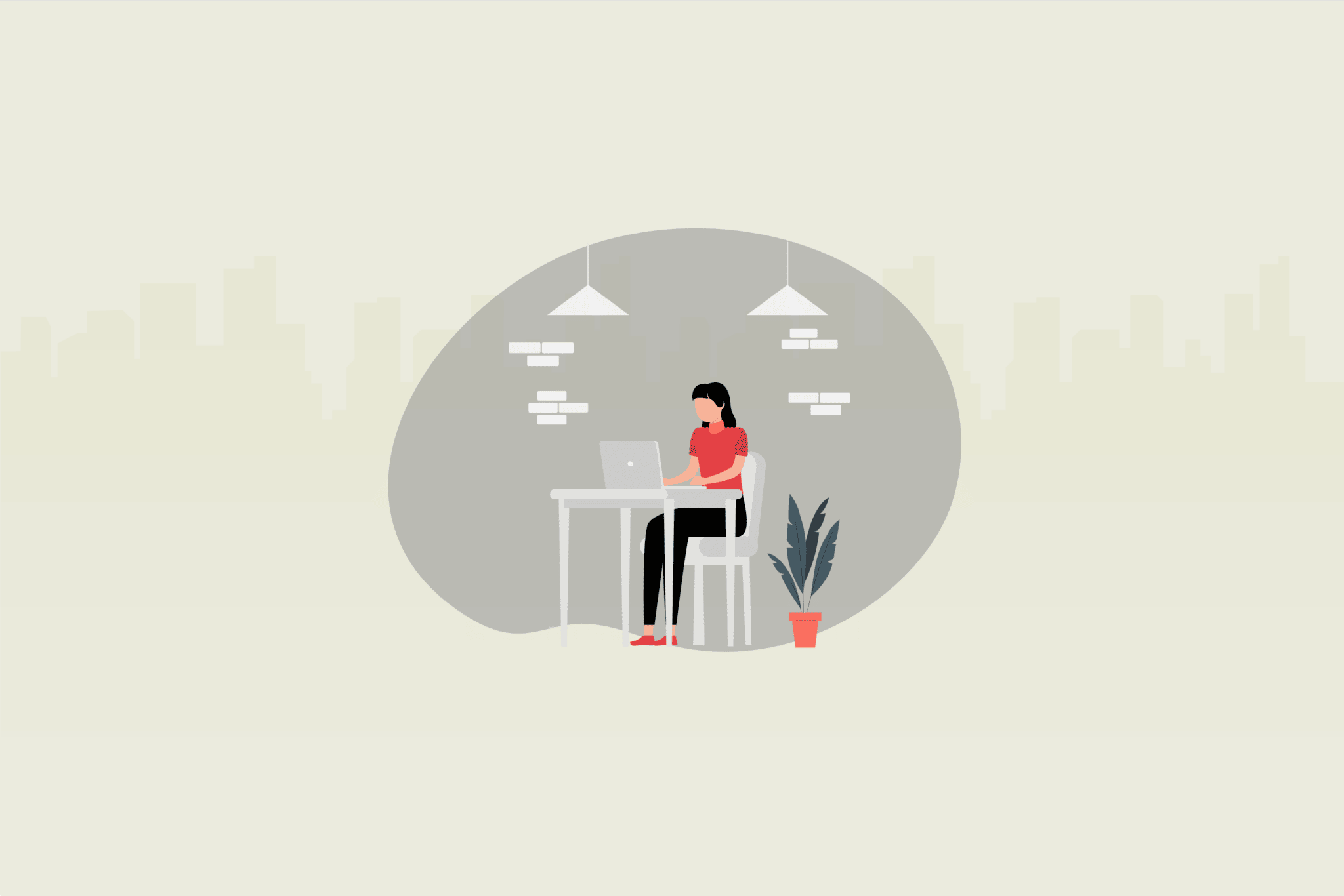 TRY IT FREE
BOOK A DEMO