Unconscious Bias in the Hiring Process & How to Overcome It 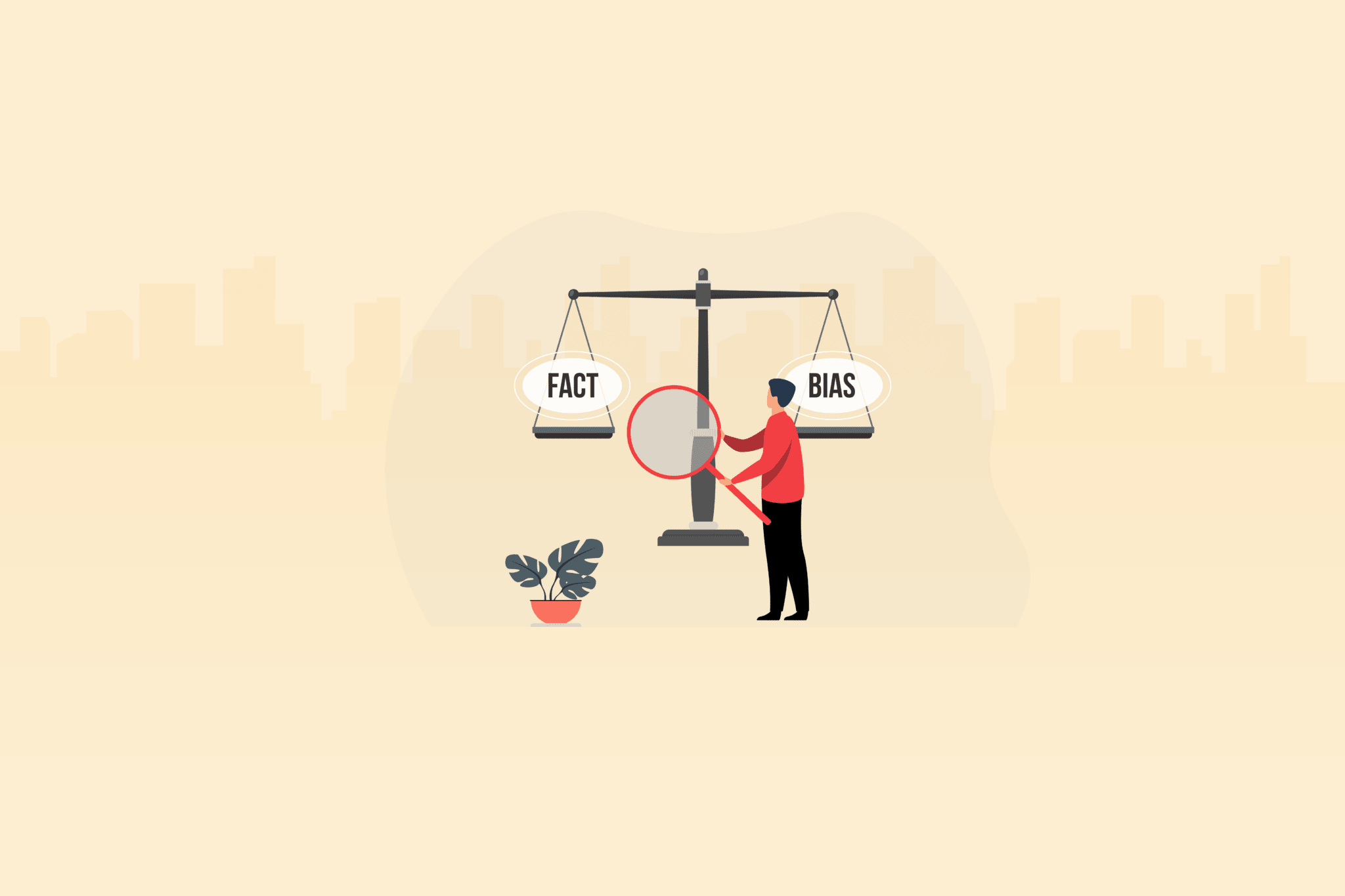 The hiring process can be challenging. You want to find the best candidate for a role and at the same time, have numerous such roles to fill. In this process, several variables and unknowns might influence how you select candidates, unbeknownst even to you. Despite having a lot of information on prospects, recruiters and recruiting teams may be prone to making judgments based on their prejudices. That’s human but at the same time, that must be avoided to build a more diverse and inclusive workplace.

Companies must educate themselves on unconscious bias and the numerous ways it emerges in their recruiting process. A conscious effort will also enable organizations to assess where they’re falling short and what they can do to improve.

To get there, here’s everything you need to know about unconscious bias and how you can start addressing it in your recruiting process.

What is unconscious bias?

Unconscious biases, also known as implicit biases, are personal views that influence how we feel and think about others, even without our conscious awareness. For example, we instinctively classify others based on their physical characteristics and backgrounds, which range from race to education. We may find familiarity in people from our culture or we might find all tall, well-built people threatening.

Hiring, for example, is heavily influenced by our implicit biases for some applicants rather than against others. We naturally gravitate towards what is comfortable to us as subjective beings based on our own unique life experiences. This implies that some characteristics (race, gender, and social status, for example) might completely obscure our judgment. We may find someone from our culture more relatable and may feel like they are a good fit for the role – not because of their skills but because of the familiarity we feel towards them.

Examples of unconscious bias in recruiting

Some of the common recruiting mistakes that may be caused by unconscious bias are:

●      We may presume that since someone is older than the usual applicant, they are less ‘hungry’ or capable of using cutting-edge technology

●      We may have an unconscious predisposition for candidates who remind us of people with whom we’ve had good experiences, and once we’ve decided on someone, we seek reasons to keep liking them

Types of unconscious biases in hiring

Unconscious biases can present themselves in the recruiting process in a variety of ways. Here are a few examples of unconscious bias to be aware of.

Gender bias is the inclination to favor one gender over another, and it often arises from society’s belief in gender roles that are stereotyped. Male candidates are twice as likely to get hired as female candidates, according to studies.

One of the most common selection biases is affinity bias. When people demonstrate a preference or prejudice for candidates who are similar to them, this is known as affinity bias.

Age, lifestyle, background, or even being graduates of the same institution can all contribute to these commonalities. They are rarely applicable to the job.

As “cultural fit” has become a buzzword in recent years, more recruiters and hiring managers are looking for attributes other than a candidate’s talents to determine if they’d be a “good match” for the company, which can lead to prejudice.

When we make assumptions about people’s behavior and intentions based on past contacts, we call this attribution bias.

If you witness a candidate changing jobs regularly, for example, you could conclude they’re a job hopper who will leave their next position in a few months.

You immediately assume that they are the problem, instead of considering the myriad of complex reasons that could’ve led to their recent work pattern.

Confirmation bias is when we draw conclusions about people, situations, and even data, that only serve to reinforce what we already believe to be true. It is a sort of ‘selective sight’. We only ‘see’ what confirms our existing beliefs, and disregard or even forget information to the contrary.

For example, you may see that the candidate has an Eastern European name and you’ll assume that they couldn’t get the same quality of education as someone who was born and raised in the USA. We tend to make the same assumptions about candidates’ names, education, ethnicity, skin color, and various other attributes.

The contrast effect is flawed because it lacks impartiality. It distorts expectations and can make a good candidate appear ordinary or a bad one appear outstanding. Both are lose-lose situations because you never get the best candidate for the position; instead, you get the ‘best’ candidate out of the group you’ve seen so far.

The ‘halo effect’ occurs when we project favorable characteristics onto somebody without really knowing them. The ‘horn effect,’ on the other hand, shows how our initial impression of someone causes us to constantly identify them with negative attributes.

Can we interrupt you for a moment?

Wondering who we are and why we wrote this?
Testlify is a plug-and-play skill assessment platform with a large test library of technical, cognitive, and soft-skill assessments that eliminates unconscious bias in hiring.

Try it for Free

1. Recognize biases in your hiring process

According to research, most businesses’ recruiting processes are riddled with unconscious prejudice towards underrepresented groups. To reduce employment biases such as racism, ageism, gender discrimination, and handicap prejudice: recognize the existence of prejudice. Begin by assuming that there are unintentional prejudice in the workplace and most recruiting and promotion procedures. Your recruiting supervisors can then be educated on prejudice and the benefits of diversity.

How many of us have ever pondered the gender bias in the language we use daily? The gender connotations of terms used in job descriptions can have a substantial influence on the recruiting process.

Women are far less likely to apply for jobs that include ‘masculine-coded’ terminology like “super-hero”, “coding-geek”, “active,” “confident,” and “motivated,” according to research. It was discovered that feminine-coded terms like “interpersonal,” “honest,” and “support” did not influence male candidates.

3. For each candidate, use the same hiring procedure

Use whatever technique you decide on for each applicant. To further reduce unconscious bias, consider using the following:

4. Have a bigger hiring team

Don’t restrict your hiring team to just one or two employees if at all feasible. By involving more people in the interview process, the risk of one person dominating decision-making is reduced.

At least two persons should assess job applications, and each candidate should be interviewed many times by multiple people. This decreases the risk of hiring recency bias, which occurs when recruiting teams prefer candidates who were interviewed last.

5. Use online testing for your recruitment process

Because the results represent a definite quantitative indicator of job-relevant fit, testing is an excellent tool to decrease bias in the recruiting and hiring process. Companies are frequently short on time when it comes to conducting skills assessments, but these exams offer a quick and straightforward approach to analyzing individuals’ skill sets without disclosing any personal information.

Testlify is a talent assessment software that has the unique ability to conceal information that might sway hiring choices. You may foster a more inclusive workforce by customizing Testlify to conceal information about gender and other details. Because you’re focusing on crucial abilities and attributes, you’ll have a greater chance of employing better people.

Want to know more about skill tests and how they can help you in your hiring process? Check out our article here.

In the end, unconscious bias is unavoidable, but arming your company with the correct tools and policies may drastically limit its influence on the hiring process.

It’s vital to recognize as a recruiter that you’re affected on an unconscious level. These unspoken variables can have a big impact on how you evaluate prospects for jobs at your organization.

It is critical for you and your team to have a clear awareness of these biases and how to overcome them to make better recruitment selections.

In the end, you want to recruit the finest people, but making good hiring decisions requires an unbiased and non-judgmental attitude.

Educating your team, following a disciplined strategy, and using strong assessment tools like Testlify may all help your team make non-biased conclusions.

Try it For Free 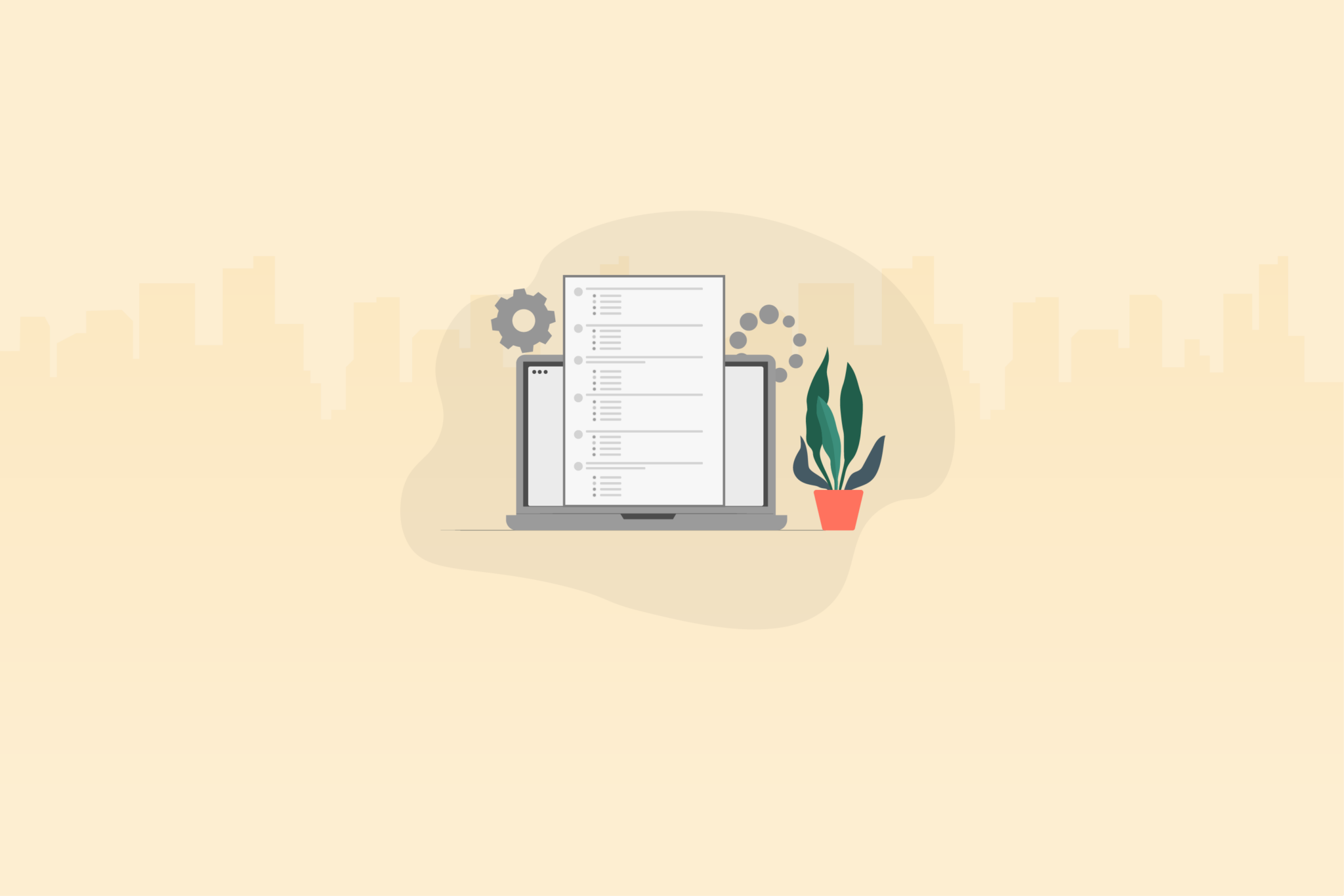 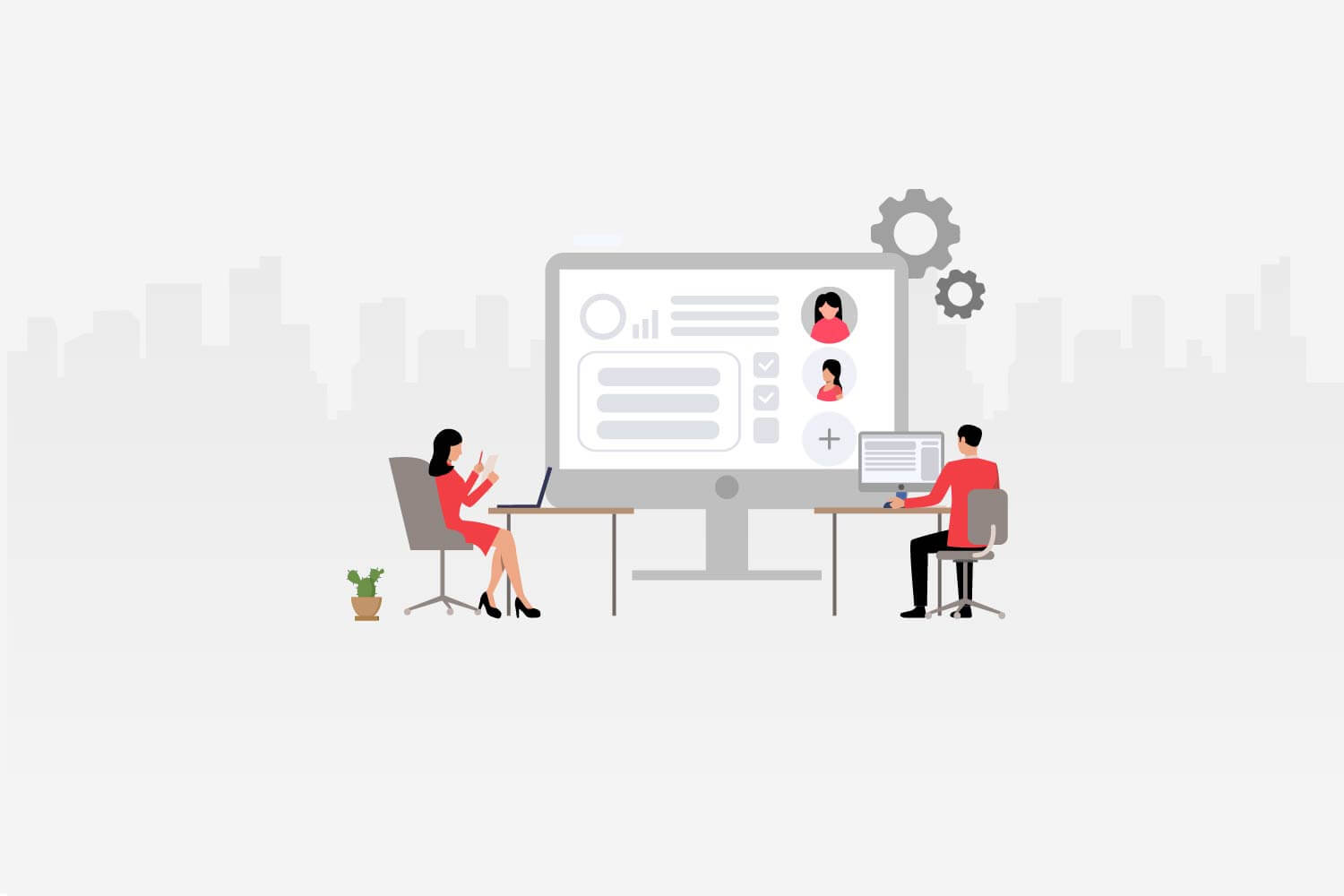 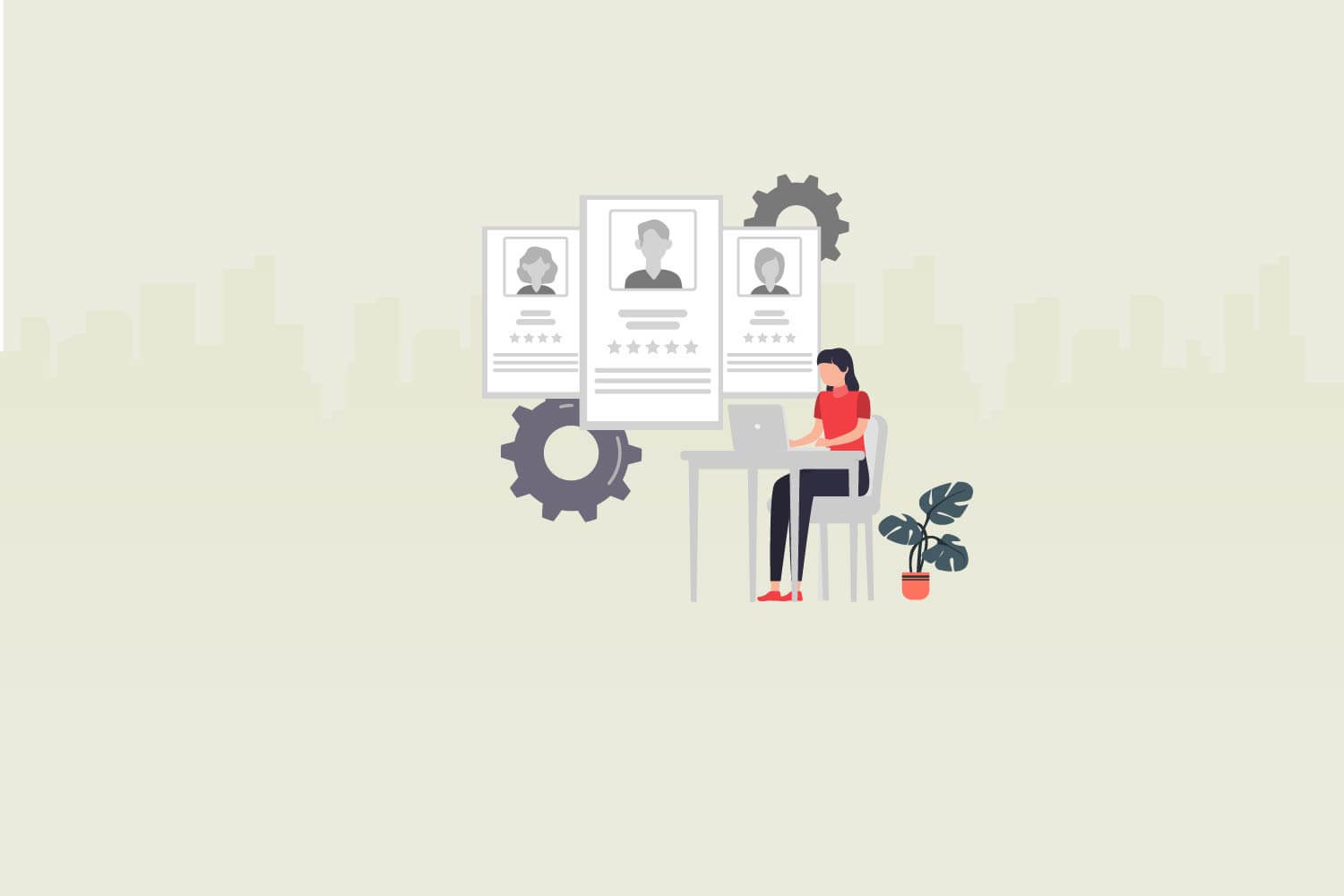 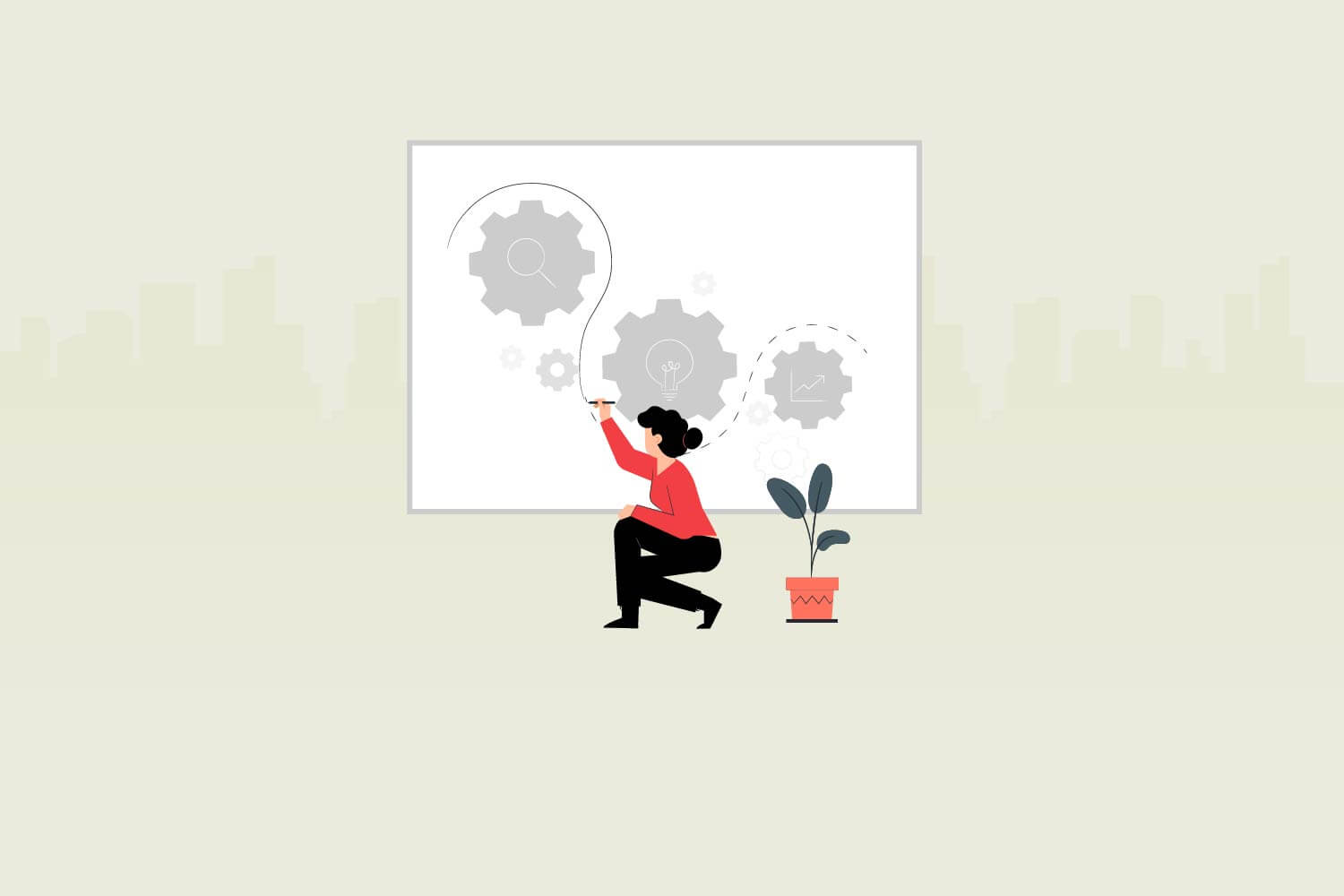 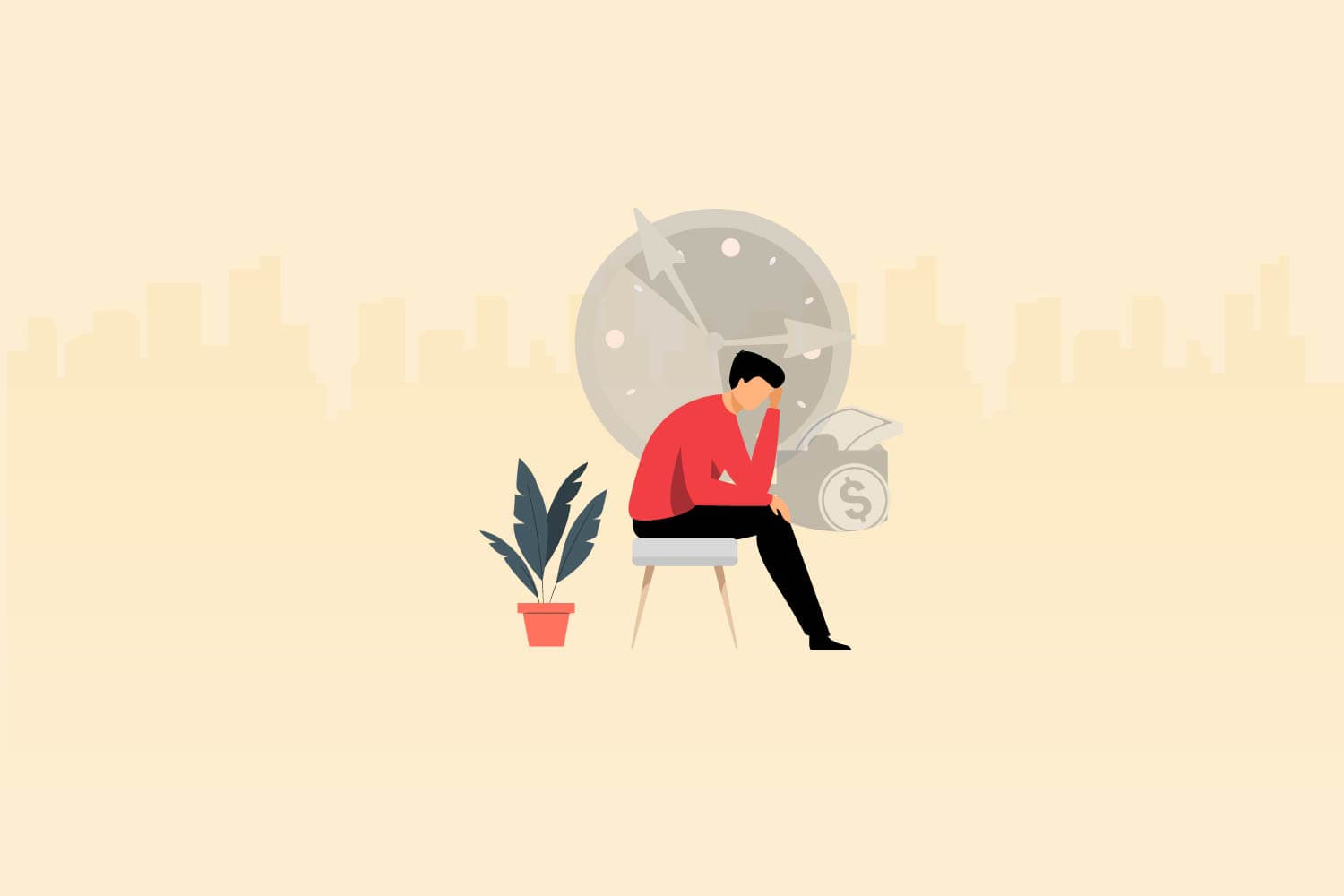 Try it Free
Book A Demo

Give a great candidate
experience